Bharuch has always been in the flourishing state because of its location on the Narmada River.  Bharuch is not only the Gujarat's oldest city  but is also the second-oldest city of India having continuous inhabitations. Bharuch's known history records are available for around 8000 years. Bharuch was a part of the Mauryan Empire (322–185 BC) followed by the Western Satraps, the Guptas and then Gurjars. It was later taken over by the Mughals followed by the British.

Bharuch in BC Era

Assuredly by the 6th century BC, this city was reputed via land-sea routes and goods were being supplied by Ethiopian traders to the Eastern Roman Empires, Persians, Egyptians, Greeks, Western Romans, the Republic of Venice and Carthaginians. It is quite possible even the Phoenicians had knowledge about Bharuch and so it has functioned since olden times as a link port from the Far East and the interior of the Indian sub-continent to the civilizations of the Middle-East, South-west Asia, Europe and  Northern Africa for trading of luxury goods. 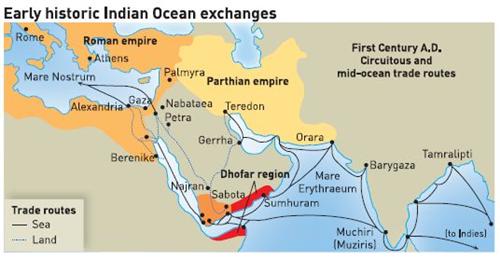 The gateway city of Bharakuccha is titled on the map as Barigaza on the Gulf of Khambhat. North India also traded with western and southern nations through Ujjain and Bharuch. Indian harbor of Barygaza and its trade activities is described largely in the Periplus.

"Barygaza " is the name by which it was known to the Greeks and Romans.  Presumably, a lot of them had even settled in Bharuch. Also coins of Greek writing were used in Bharuch during the decade of 70–80 AD. It is mentioned as a big trading partner of the Roman world  in the 1st century Erythraean Sea Periplus. It has mentioned Barygaza as a southern terminal of the Kamboja-Dvaravati Route.

The ancestry of Chauhans has been given as follows:

Here are the names of all Chauhan rulers who ruled Bharuch:

The kshatreya era was around 23 A.D. to 400 A. D. During this era, the king of Bharukutchh ,Nabhovaahan also known as Nahapaan, was very wealthy and flourishing. During the Kshatraya era, Bharuch port was very prosperous as it was a gateway of trading through both, land and waters routes.

The Maitraka dynasty ruled Bharuch from the c. 475 to 767. Sangramsinh, a Mahasamant ruled over Bharukutchh in 540 A. D.,but nothing is much known about the king. It was then attacked by Hakem Usmanbhai Hakem during this period. In the 648 A. D, king Dhansen - 4 of Vallbhi had taken over Bharukutchh. During 788 – 942 A. D., in the post Maitrak era, south Laata Rashtrakuta kings ruled over Bharuch.

The Solanki era was around 942 – 1304 A. D. This dynasty was established at Vatapi now known as Badami in North Karnataka. The Solankis are a Hindu Rajputs who ruled parts of Central and Western India. Until then significance of Bharuch as the trade centre was endured. Bharuch was the capital of Laata region in the beginning of 11th century. Not only this, but Bharuch was also the center for the ships coming from Sindh and China in the 12th century. This era was blessed to have a  priest like Chakradhar Swami who was present during the era of Bhimdev 2nd. He was the person to establish the Mahanubhav community which then spread across Maharashtra.

The middle era was from 1293 - 1872 A. D..The middle era history of Bharuch district can be segregated in five main parts
This is the period when revenue was taken from Bharuch people and hundreds of people especially the wealthy people were killed. When Bharuch was won over by Akbar during Mughal era, it had 12 Paraganas  and the annual growth of all 559 villages of the Bharuch, Dahej, Olpad, Hansot, Koral, Galaa, Jambusar, Mandvi, Tadakeshwar and Ankleshwar paraganas was Rs. 75  lakh. 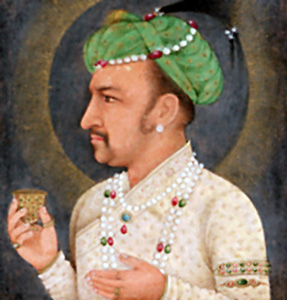 Jahangir ruled from 1605 to 1627 A.D. During this era, on awareness of the significance of the  Bharuch district for trading, British had taken approval from Jahangir for establishing the office. He also gave permit for trade to the British. A big office building still exists in the Kansarvaad in Bharuch which was  built by the Valandas in the 1700 A. D. This building is surrounded by a fort.

Marathas ruled Bharuch from 1664 to 1685 A. D. Marathas had ransacked Bharuch about two times. Prosperity of both the ports was wrecked as Bharuch was hit by six draughts between the year 1681 and 1696. These ports lost their importance due to the upcoming Mumbai port towards the end of 177th century. In 1772 A. D., after British had taken over Bharuch, Valandas also quit and left their trade center.

The  independent Nawaabs ruled over Bharuch from the period of 1736 to 1772 A. D. Few of the independent nawabs include Mirza Baig, Nawab Mozumkhan, Nizamumude, Abhesinh, Prabhudas Seth from Bharuch, Damaji Gayakawad from Vadodara, Ahemad Baig, Hakem, Peshwa Bajirao etc. These rulers fought and ruled over Bharuch during this period.

British overtook Bharuch in the year 1772 A.D.The freedom struggle against Britishers and various other freedom movements started in 1905 in Bharuch. Also Bharuch district had participated way before the struggle of independence of India. Bharuch had given its contribution in the Swadeshi movement and Home Rule movement. Kanaiyalal Maneklal Munshi from Bharuch was a famous leader involved in the national struggle.